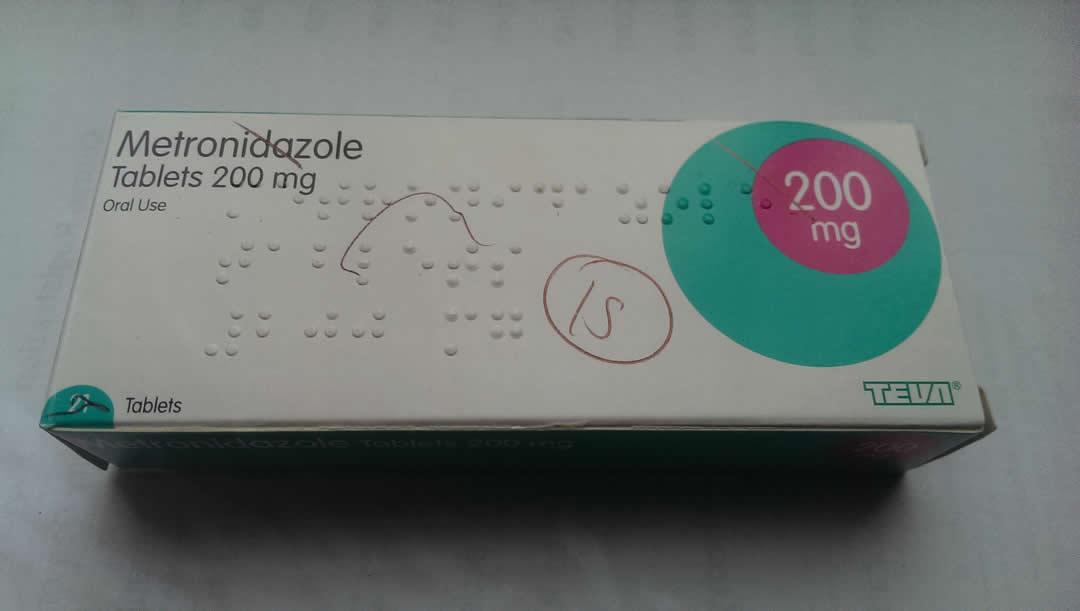 This article documents how long it took between taking my first Metronidazole tablet, to the pain actually beginning to subside.

So, after struggling for 5 days with brutal tooth pain in one of my lower teeth, I finally bit the bullet (excuse the pun) and decided to take a trip to the dentist. I booked my appointment, arrived promptly and was called into my dentist’s brightly lit office. I was asked to take a seat in the dreaded dental chair, pop on my safety specs and was then gently reclined backwards. That weird oblong light was focused on my teeth while she took a good look at the offending tooth.

She asked me a few questions and then tapped it this way and then tapped it that way whilst asking “does this hurt?” and “does that hurt?”. After giving her my answers she said “good, it looks like the nerve is still alive”. As reassuring as this was, it was still horribly painful, especially after being clouted a few times with her metal implement.

She shoved a big plastic-like thing in my mouth and then pointed her x-ray gun at the throbbing tooth, whilst saying “I’ll get this over with as quickly as I can”. She scurried from the room to click the x-ray machine button. Trying desperately not to gag, I waited for her to remove the mouthful of plastic she had inserted whilst trying not to think of Steve Martin’s performance in the film “Little Shop of Horrors” (if you’re afraid of dentists, don’t watch the film!)

She looked at the x-ray photo on her computer screen and told me I had a “pocket” some 5mm to 7mm long below the gum line that had become infected with bacteria. Within seconds, she’d written me a prescription for the antibiotic, Metronidazole.

Now, I haven’t taken any antibiotics for many, many years and try to avoid them if I can. However, as the pain was so bad, other than getting her to yank the tooth out there and then, it seemed like there were few other options available to me, aside from a root canal; and I didn’t want one of those. During my five day ordeal, I’d tried various things like salt water mouthwashes and even rubbed raw garlic on my gum (which actually worked quite well as a temporary pain relief, although it burned like hell at first).

She prescribed me a 5-day course of Metronidazole. One tablet was to be taken 3 times a day and each tablet was 200mg. She reassured me that this would kill the infection and warned against drinking alcohol during the course as it would make me “very sick”.

Now, I’m not really one for reading labels or the folded up paper that is always in medicines boxes, but on this occasion, I thought it prudent to do so. Driven on by the non-stop, incessant pain, I’d do anything to maximise the chance of the antibiotic working to its full potential. After reading about all the scary potential side effects and noting that I also shouldn’t consume alcohol for 48hrs AFTER the course had finished, I took my first 200mg dose of Metronidazole.

When would the pain eventually subside?

It then dawned on me that I didn’t really know how long if at all, the Metronidazole would actually take to bring about some relief from the pain I was suffering. I’d already been taking regular doses of Ibuprofen and Paracetamol to ease the pain, but these were only effective for around an hour or so after taking them, and I was trying desperately not to exceed the stated dose.

This all happened during the week leading up to Easter so I knew that if it didn’t work, I’d be in agony over the long weekend. I already knew that antibiotics were reported to become less effective on the whole due to so-called “superbugs” developing a resistance to them through the general population’s systematic over-use of them. This had me worried; what if I was infected with superbugs that could laugh in the face of my Metronidazole, whilst merrily reproducing in my mouth?

After daydreaming about one end of a bit of string tied to my tooth, with the other attached to a door handle (as a last resort of course), I tried to remain optimistic. I decided to look on the internet to find out how long I might have to wait for the Metronidazole to take effect. It was more difficult than I thought to find a definitive answer but the general consensus seemed to be anywhere from 12 hours to several days!

When did my pain relief actually start?

During this whole episode, there were virtually no visible signs of an infection aside from a slight reddening of my gum. However, after 36 hours and a feeling of swelling on my gum (when your tongue pokes around and you can detect it), I got out of bed and looked in the mirror. There it was, finally visible! The gum was swollen with a big red blotch on it; the antibiotics were finally starting to do their thing – thank goodness!

So there you have it, for me, it was around 36 hours before it began to ease the pain. I’m sure that for some of you reading this, it may be shorter (lucky you!) or it could even be longer; up to 3 days from what I’ve read elsewhere. My experience was one and a half days, almost to the hour.

If you’ve stumbled upon this post looking for the same information that I was, I hope you’ve drawn some comfort from it and your pain subsides quickly.

Update, January 2023 – Since I wrote this post back in 2018, quite a few people have shared their own experiences in the comments section below. If you’re still suffering and would like additional info, I suggest having a quick scroll through them as you may well find some additional tips, advice or reassurance there.

I also neglected to mention in the post above that, in the end, the metronidazole didn’t completely clear my infection and the pain returned a week or so afterwards. However, I did manage to get rid of it WITHOUT more antibiotics and I explained how I did it in this comment. If your gum/tooth infection is near the gumline like mine was, this may be worth trying.

Disclaimer – This post is based on my own personal experience and should NOT be considered medical advice.

34 thoughts on “How long does it take for Metronidazole to work?”