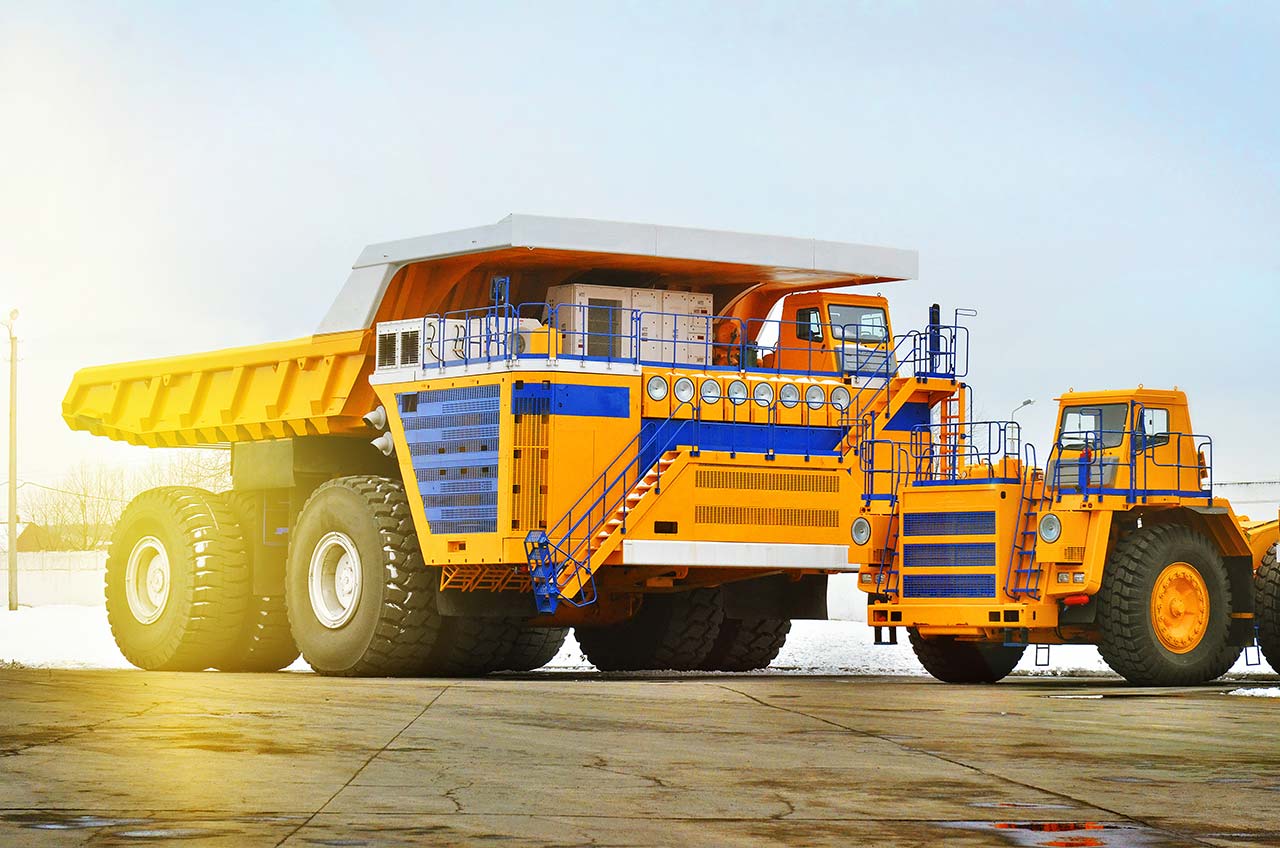 It’s unlikely that you’ll ever see one of these monsters parked in your local truck. If you’re wondering what it is, it’s the BelAZ 75710 and it’s officially the biggest truck in the world.

Made in Belarus, this enormous lorry is classed as a “haul truck” and belongs to the “ultra class” category for this type of vehicle. In a nutshell, a haul truck is an off-road rigid dump truck that’s specifically made for high-production mining and heavy-duty construction sites. They can also be used to transport construction equipment from site to site. Some haul trucks have to be multi-axled so they’re able to support the heavy equipment they’re carrying. The ultra-class that this particular BelAZ belongs to means that it must have a minimum carrying capacity of 272 tonnes or more.

As you’d expect, the monstrous BelAZ 75710 doesn’t have a problem carrying such meagre loads as it can cope with a single payload of up to 450 metric tonnes, thus securing its place as the undisputed biggest truck in the world. When it’s empty, this giant weighs 360 metric tonnes meaning that when it’s fully loaded, the total gross weight comes in at 810 tonnes. To give you an idea of just how heavy this is, a fully-loaded A380 Airbus weighs in at 1,265,000 pounds (574 tonnes), so as you can see, the BelAZ outstrip that by a country mile – Wow!

How big is it?

The truck itself is 20.6 metres long, 8.16 metres high and 9.87 metres wide. To give you an idea of scale, (in case you don’t have a tape measure handy) the length is around the same as two London double-decker buses parked end-to-end. Easily bigger than an average house, it also has eight massive Michelin tubeless pneumatic tyres which are more than twice the height of an average person. We assume it doesn’t need a proportionately large ignition key to start it as the weight and cost of a replacement could cause a few problems 🙂

This colossus may be big and thirsty, but it sure can move. Despite being such a hefty giant, it can still manage an impressive 64kph (which is around 40 mph). As far as the grunt under the bonnet is concerned, it actually has two 16-cylinder turbocharged diesel engines, although it can run on just one of them to save fuel when it’s empty and each MTU 65-litre 16-cylinder four-stroke diesel engine can deliver around 2,300 horsepower, making a total of 4,600. To put this in perspective, this is around 8.5 times more than a brand new Porsche 911 Turbo, which delivers a mere 540 horsepower.

One of the questions we really wanted to know the answer to is how many miles to the gallon does this gas-guzzler do? Well, according to the estimates, this behemoth consumes 1,300 litres per 100km so, for those who like their measurements a bit more “old school”, this translates as 343 gallons per 62 miles. So, if we divide 62 by 343, we get 0.18 so it would appear that the BelAZ 75710 can only do slightly less than one-fifth of a mile per gallon.

So there you have it, if you were wondering what the biggest truck in the world was, we hope we’ve answered most of your questions in today’s blog but if we’ve missed anything or you spot any inaccuracies, please let us know in the comments section below.