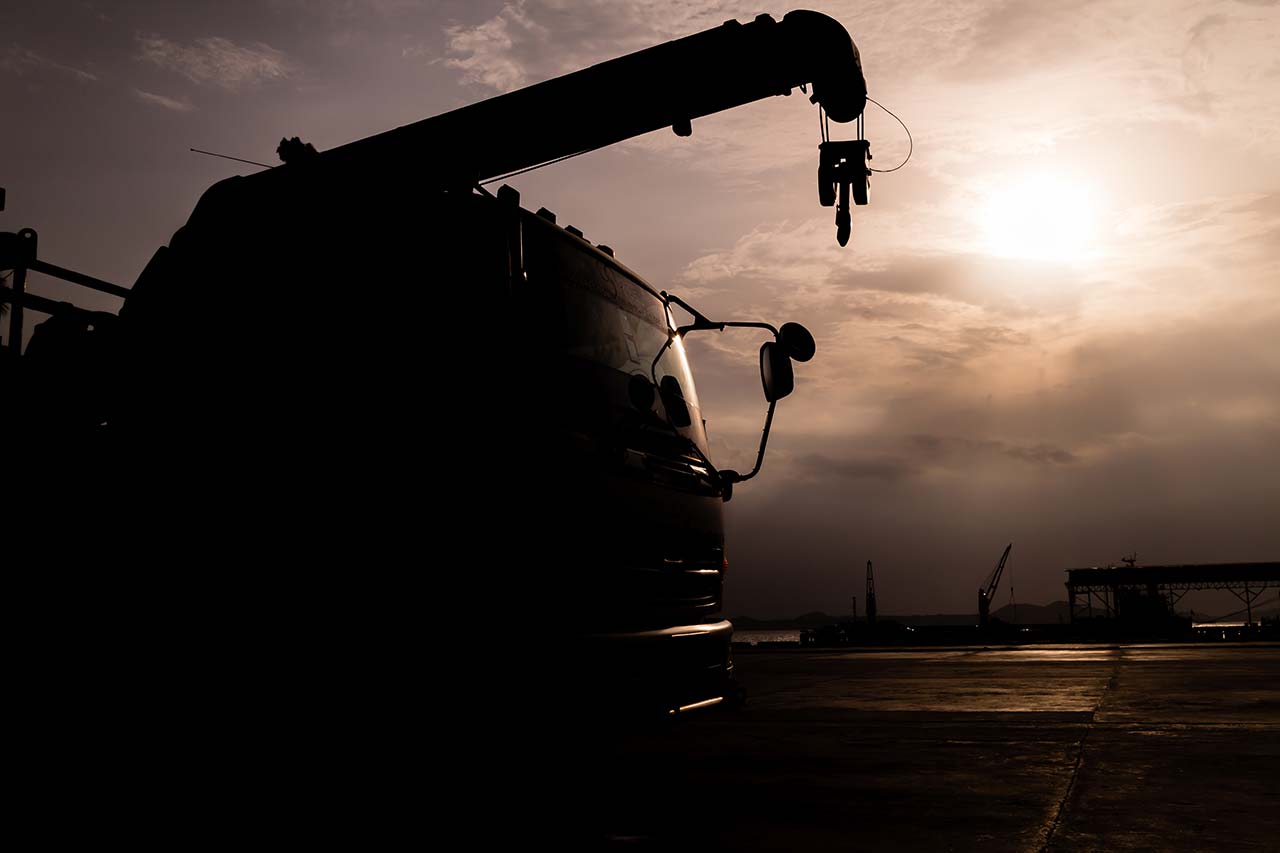 For those within the transport industry, the word HIAB is synonymous with ‘loader crane’ but what does the word stand for and what does it actually mean?

HIAB is an acronym. In other words, it’s an abbreviation of the full name of the company Hydrauliska Industri AB that manufactures this type of hydraulic crane. In fact, the word HIAB is often used to define any type of loader crane by any manufacturer much in the same way as the word ‘Hoover’ is commonly used to describe any make of vacuum cleaner.

Hydrauliska Industri AB (HIAB) is the Swedish manufacturer of this type of loader crane. It’s well known for its demountable container handlers, forestry cranes, truck-mounted forklifts and tail lifts. The HIAB company is currently owned by the Cargotec Corporation.

The History of HIAB

The HIAB company was founded by Eric Sundin in Hudiksvall, Sweden just before the end of WW2 in 1944. Sundin was a resourceful chap and always seemed to have new inventions in the pipeline. Prior to this, he had already started a company called Sundins (now Sunfab) in 1925 which manufactured skis. It didn’t take long for the Swedish military to become interested in his innovative products and they began buying large quantities from him. As a result, the company grew rapidly and just 11 years later in 1936, Sundin bought an old industry plant at Hudiksvall harbour and moved his entire operation there.

Sundin was already familiar with the power of hydraulics as they were used in the production process at his ski factory and it didn’t take him long to realise that he could harness the power of a truck’s engine to power a hydraulic system. The fact that hydraulics could be powered by a truck meant that the entire system could be mobilised and taken anywhere. In 1947, his idea came to fruition and his recently formed HIAB company made the world’s first hydraulic truck-mounted crane which revolutionised the cargo handling industry around the world. The rest, as they say, is history.

The road to today’s HIAB company

Eric Sundin’s experience of hydraulics led him to form the Sunfab company in 1952 so he could further develop and improve upon the performance of hydraulic pumps and, of course, his new mobile hydraulic crane system. The Sunfab company (which is still owned by the Sundin family today) went from strength to strength and grew rapidly. Just 2 years after Sunfab’s inception, the company created its first hydraulic piston pump for trucks.

Demand was so successful that the Sundin family were struggling to cope with their meteoric expansion, and as a result, they decided to sell the HIAB business to an investment company in 1965. Eric continued to work at his Sundin factory right up to his death in 1975.