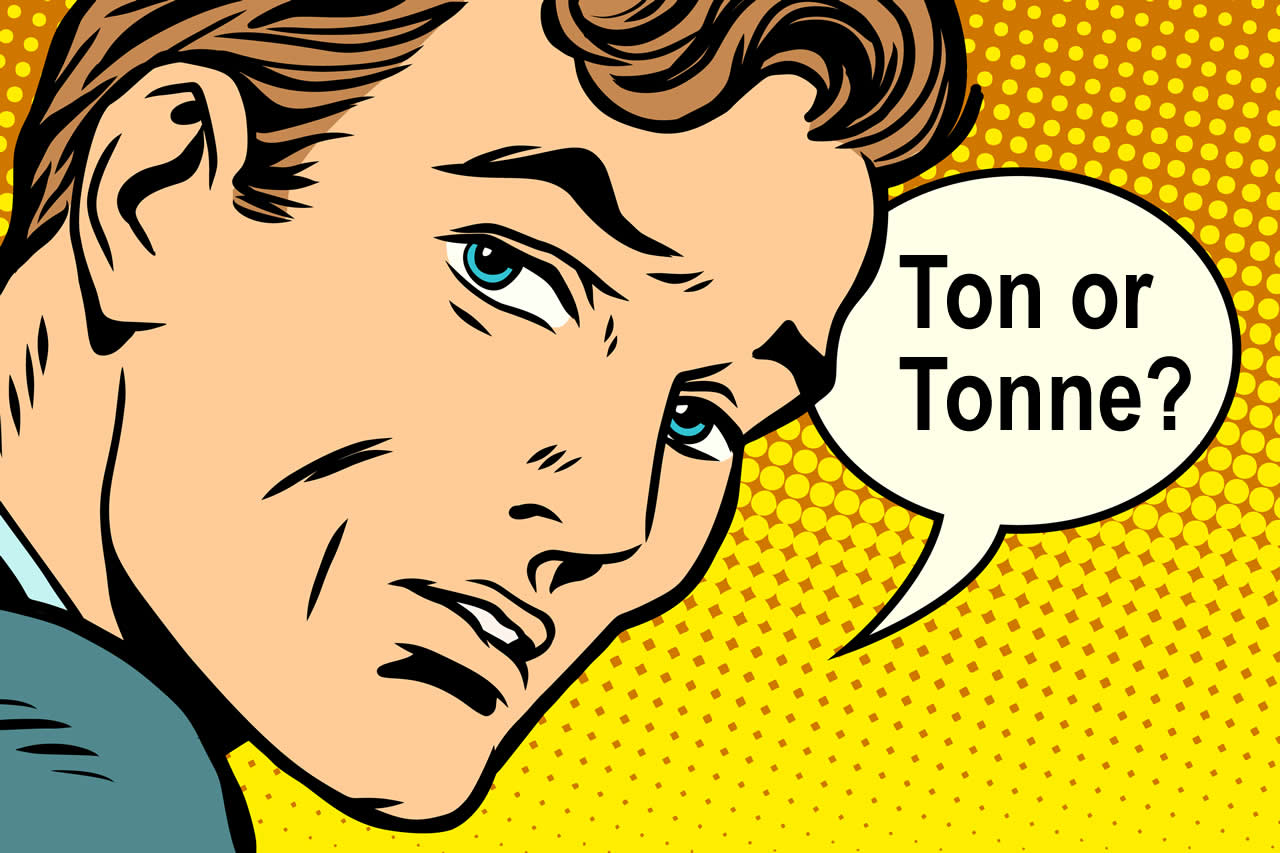 Ton or Tonne? – It’s kinda like one of those “You say tomay-toe, I say tomar-toe” type scenarios, only slightly more confusing! Although everyone knows what a tomato is, the word is pronounced slightly differently depending on whereabouts you live in the world.

Conversely, the weight measurements of ‘ ton‘ and ‘tonne‘ are pronounced the same whether you live in the US or the UK although they actually convey slightly different weight measurements. Confused already? If you are, it’s no surprise so in this short post we’ll try to clear up any ambiguity between the two different types of spelling and which one should be used – and when.

If you don’t want to read the whole article, here’s a brief summary of the main differences between tonne and ton:

Importance of getting it right

For haulage business and the like, measurements of weight are a crucial part of their everyday operations so it’s important they provide highly accurate and exact information to their customers so that they know exactly what weight restrictions apply to their vehicles. For example, those that operate HIAB cranes will know that they have a capacity of 40 tonnes/metre. Note we use ” 40 tonnes” to denote the internationally recognised (and decimalised) metric weight of 40,000 kilograms (kgs). Originally adopted in France in 1795, the metric system is now the standardised way that most countries around the world measure things… unless you live in the US of course.

If you live in the US, using the three-letter version ton is standard practice and you’ll rarely see it spelled with the NE on the end. But exactly how much is it? Well, one United States ton (also known as a short ton) is equivalent to 2000 pounds (lbs), which is 907.185 kilograms (kgs). To drive you even more bonkers, in our HIAB crane example above, this would be 44.09 US tons rather than 40 metric tonnes. Ouch, my brain hurts but let’s continue.

To fry our synapses even more, as well as short tons, there are also long tons. A long ton is an old-school Imperial measurement that’s equivalent to 2,240 pounds (lbs) or 1.016 metric tonnes. A long ton can also be called an imperial ton, a weight ton or a displacement ton (which is mainly a shipping term).

‘Ton’ can be used in a casual descriptive sense

It’s a word we commonly use casually to depict a lot of something or a large amount – e.g:

In the examples above, we’re generalising and simply trying to convey the idea of a lot of stuff without meaning an exact quantity, which is, of course, fine. It’s also worth noting that tonne can be substituted above too as we’re only speaking in a colloquial or everyday way.

When to use Tonne

The examples below will give you an idea. As you can see, they both refer to specific and exact measurements of weight:

When to use ton (predominantly in the USA):

A million dollars in one-dollar notes weighs just under a ton (short ton).

The Empire State Building is estimated to weigh 360,000 tons.

How to remember the difference between the two

If you want a handy way to simplify how to remember the difference, this page suggests that you focus on the NE at the end of “tonne”. When you see it used, recall in your mind that on a world map, the NE signifies that the UK is to the North East (NE) of the USA. Simple but effective I suppose.

1 thought on “Ton vs Tonne – What’s The Difference?”