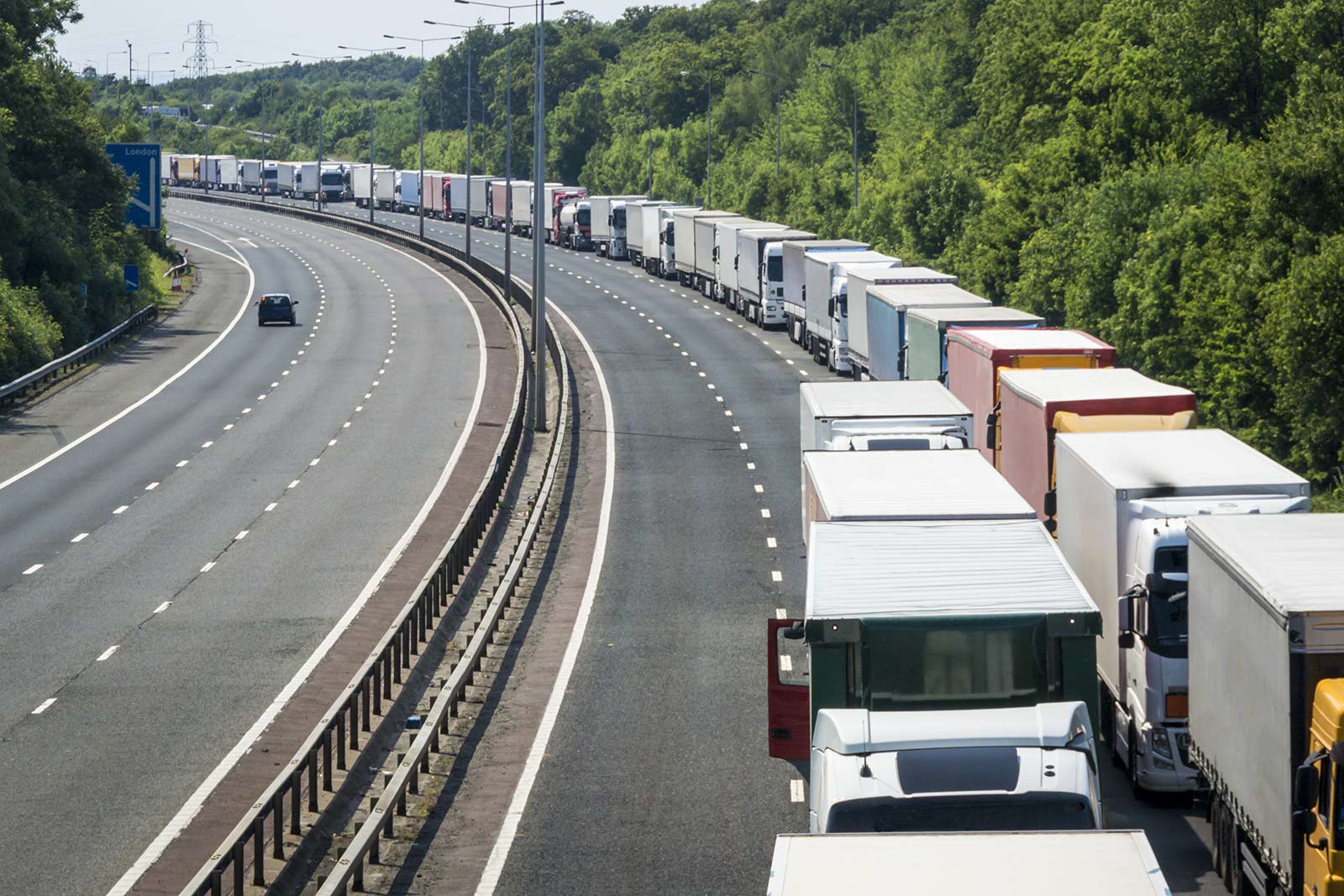 As most of us in the haulage, logistics and freight transportation industry will already no doubt be aware, plans are afoot to introduce a permit system (dubbed the Kent Access Permit) for all HGV lorry drivers who enter the county of Kent after the Brexit transition period ends, according to the Government.

Following a letter from Michael Gove and a statement to the House of Commons, which suggested that there could be queues of up to 7,000 lorries around Kent’s ports and the Channel Tunnel, truck drivers will be required to have all the necessary paperwork in place in order to comply with the new rules. It’s likely that these will be enforced by a combination of police intervention and ANPR cameras.

If your vehicle is above 7.5 tonnes in weight (a HGV in other words),  you’ll need to apply for a permit online where you have to prove that you have all the necessary paperwork in order to travel from the UK to Europe.

Cabinet Minister Gove has already written to logistics groups concerning a “worst-case scenario” which predicted that only 50% of larger businesses and 20% of small businesses would be prepared for the upcoming January 1st transition of leaving the EU. The lack of preparedness could then lead to only 30-60% arriving at the border with the correct documents, meaning many would be turned away. Regarding the Dover to Calais crossing route, he said “They’d therefore be turned back by the French border authorities”, meaning it would seriously clog up and hamper the crossing for other freight HGV vehicles.

He went on to suggest that these delays could result in drivers having to wait 2 days just to get across to the Continent as only 25% of businesses have adequately prepared for the transition. This mirrors the concerns laid out in Operation Yellowhammer, which outlines a range of projections based on a ‘no-deal Brexit’.

What is Operation Yellowhammer?

In case you haven’t heard of it, Operation Yellowhammer is described by the Institute for Government as:

“…the government’s contingency planning for its response to the most severe anticipated short-term disruption under a no-deal Brexit – known as its ‘reasonable worst case’ scenario. It covers 12 key areas of risk, including food and water supplies, healthcare services, trade in goods and transport systems. Government departments are setting up 24-hour operational centres to co-ordinate responses to issues as they arise.”

If a free trade deal isn’t reached, both imports and exports could face serious disruptions according to the document released by the Cabinet Office. This raises obvious concerns, particularly when it comes to perishable goods that could spoil before they even reach their destination. The height of the disruption for HGVs is expected to build steadily in the first couple of weeks in the New Year of 2021 and perhaps last for several months before things begin to settle. However, it could be even longer if France applies Schengen passport checks in order to enter the country from Dover or the Channel Tunnel.

Michael Gove’s statements are intended to encourage hauliers to prepare for the worst and do what they can to make sure that they have everything in place to minimise disruption, regardless of the outcome. According to Logistics UK (formerly the Freight Transport Association), firms should do all they can to understand the processes of the Kent Access Permit in order to be fully ready for the new rules.

This is, of course, a worrying time for the international freight community as a whole and as you’d expect, it’s causing a huge backlash from the industry in general, so to try and lighten the mood a little, we thought we’d make the tenuous connection between the Kent Access Permit and the old 1949 Ealing Studios film, Passport to Pimlico. Watch the brief trailer below and decide for yourself! 🙂