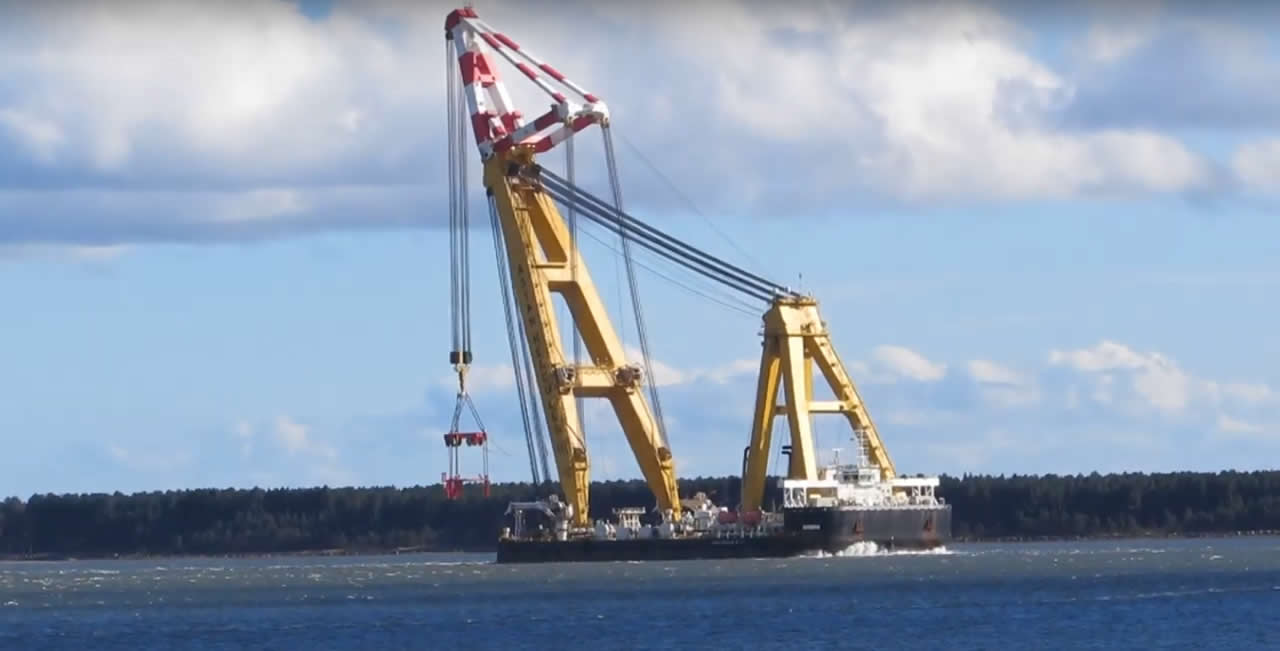 With wind energy becoming more widespread across the globe, the key components that are used to generate it need to be transported to their final destination somehow. For land-based wind farms, specially adapted low loader trucks are often used to carry out the task but for offshore wind farms, something a bit different is needed to get the job done.

Thanks to Paul Morgan’s Creative Commons video posted back in April 2018 on YouTube, we can see the first in a series of clips documenting the arrival of the Asian Hercules III arriving at the Port of Dundee where it was eventually destined to carry out the task of transporting the reported 1,200 metric tonnes, 77 metre wind turbine steel jacket foundations to their new destination, the EOWDC (European Offshore Wind Deployment Centre) in Aberdeen Bay. Previously, the huge floating crane was seen back in late 2017 arriving in Petershead, where it can be see dwarfing the adjacent lighthouse. It’s difficult to get an idea of how big this monster crane really is when it’s out at sea, so we’ll give you a brief rundown of its size.

ABOUT THE ASIAN HERCULES III