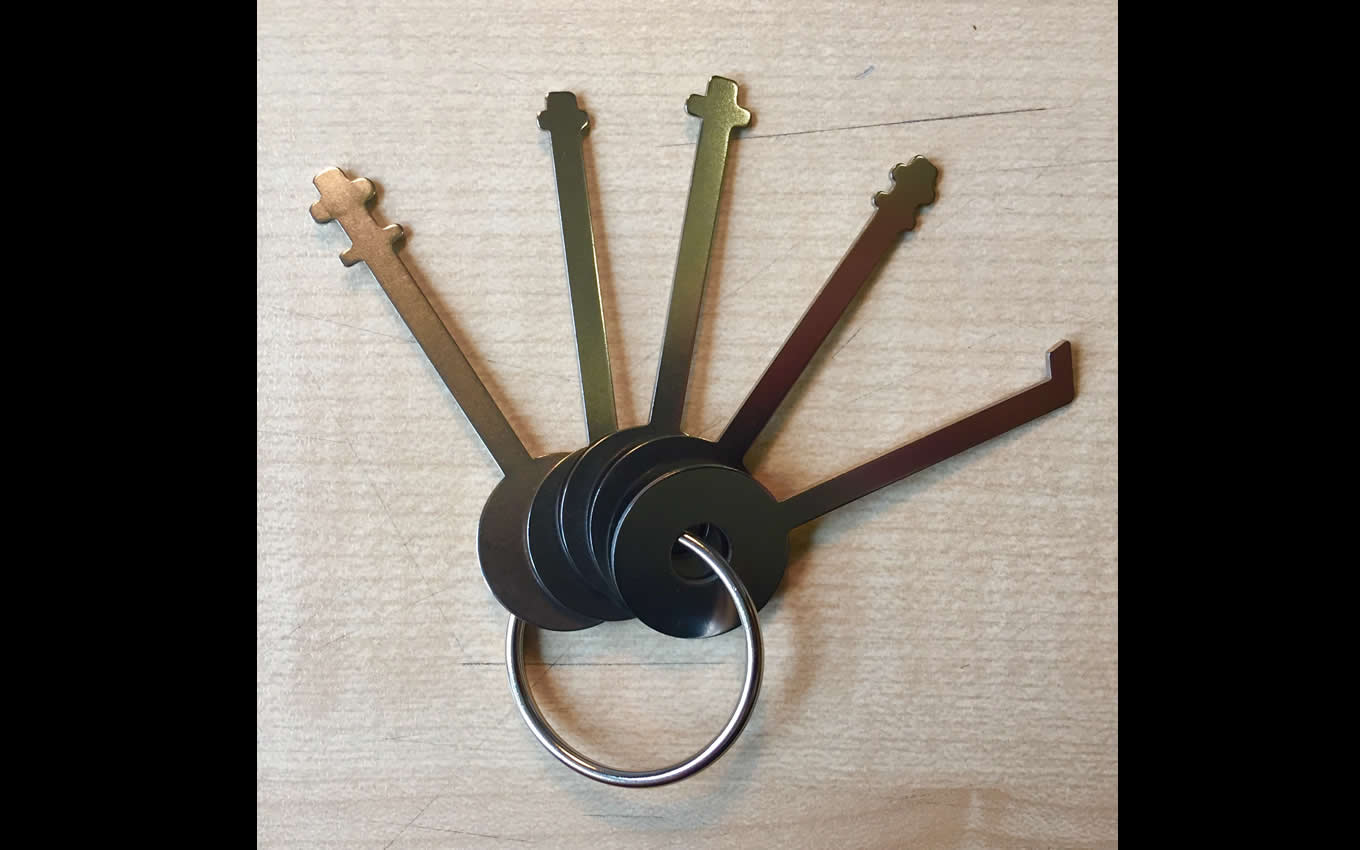 Back in the olden days, most people had heard of a skeleton key but nowadays… not so much.

In short, yes, skeleton keys are real and they do exist in various guises. The reason fewer people have heard of the term “skeleton key” in more modern times is that they’re simply not that effective anymore due to evolving lock technology making them obsolete. You can visit this reddit thread where the subject is discussed in more detail and it’s my guess that the question was posted from someone in the younger generation bracket.

Here’s an interesting thread on Quora that discusses whether or not skeleton keys are legal or illegal. Admittedly, there are only three replies with the first one saying that the question can’t be answered without knowing the country first. In other words, this implies that your geographical jurisdiction might be a factor. Now, I don’t know if this is true or not but I’m guessing it probably has more to do with what you do with a skeleton key if you have one (or several) in your possession.

For example, hotels often have skeleton keys that are available for staff members e.g. the cleaning/maid employees who use them to gain entry to each room to clean it. In today’s world, this will often take the form of an electronic passkey that’s around the same size and shape as a credit card.

Anyway, I digress.. The second responder on the Quora thread says yes, unless the owner of the skeleton key is a registered locksmith. He goes on to give an example of carrying a ladder down a street in broad daylight compared to doing the same thing at 3am. Now, I’m no lawyer and this isn’t legal advice, but I’m pretty sure that carrying a ladder down the street in the middle of the night wouldn’t be illegal unless, of course, you then use it to break into someone’s house!

The third responder simple says skeleton keys aren’t illegal because they sell them at Home Depot. The poster doesn’t say what type they are or what they’re for so I guess we’ll just have to guess.

If you go to a site like Amazon and search for the term “skeleton key”, you’ll get quite a few results. They’re mostly old sets of keys or modern-day ornate replicas rather than being actual skeleton keys. The closest I could find was a set of nine Fire Brigade master keys for sale. These aren’t really skeleton keys in their own right though, they’re just a set of keys to open common locks that the emergency services need to get through in the case of an emergency.

What actually is a skeleton key and how did it get its name?

If you want a more comprehensive answer to this question, have a quick read of this article by a vehicle locksmith who says that they get their name because they are filed down to their bare bones (you’ll see images of real skeleton keys on the page too). The article goes into more detail if you’re interested in that type of thing. Alternatively, like most things now, there’s a less interesting (and slightly more nerdy) page over on Wiki about them with fewer pictures.

In conclusion, skeleton keys did exist, were used but are mainly now obsolete. With new technology coming into play, the heyday of the cat burglar with a set of skeleton keys is now a distant memory.