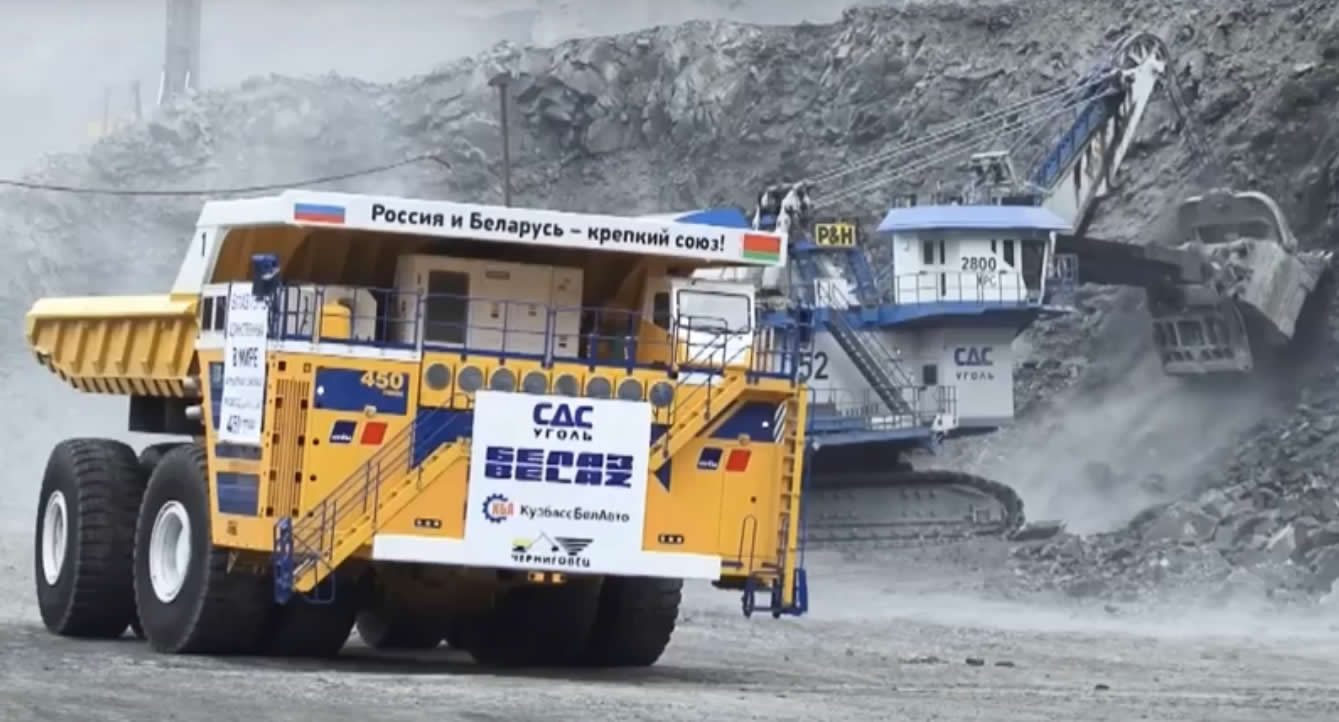 This is the BelAZ 75710 and it’s a real giant. In fact, it’s the biggest mining dump truck in the world with a carrying capacity of 450 tonnes; what a beast!

If you look at the picture above, you can see the teeny, tiny cab where the driver sits (top right as you look face-on at the pic.). This will give you an indication of the sheer size of this mining brute. In fact, if a fully grown average-sized man were pictured standing next to one of the tyres, he wouldn’t even reach halfway up it. 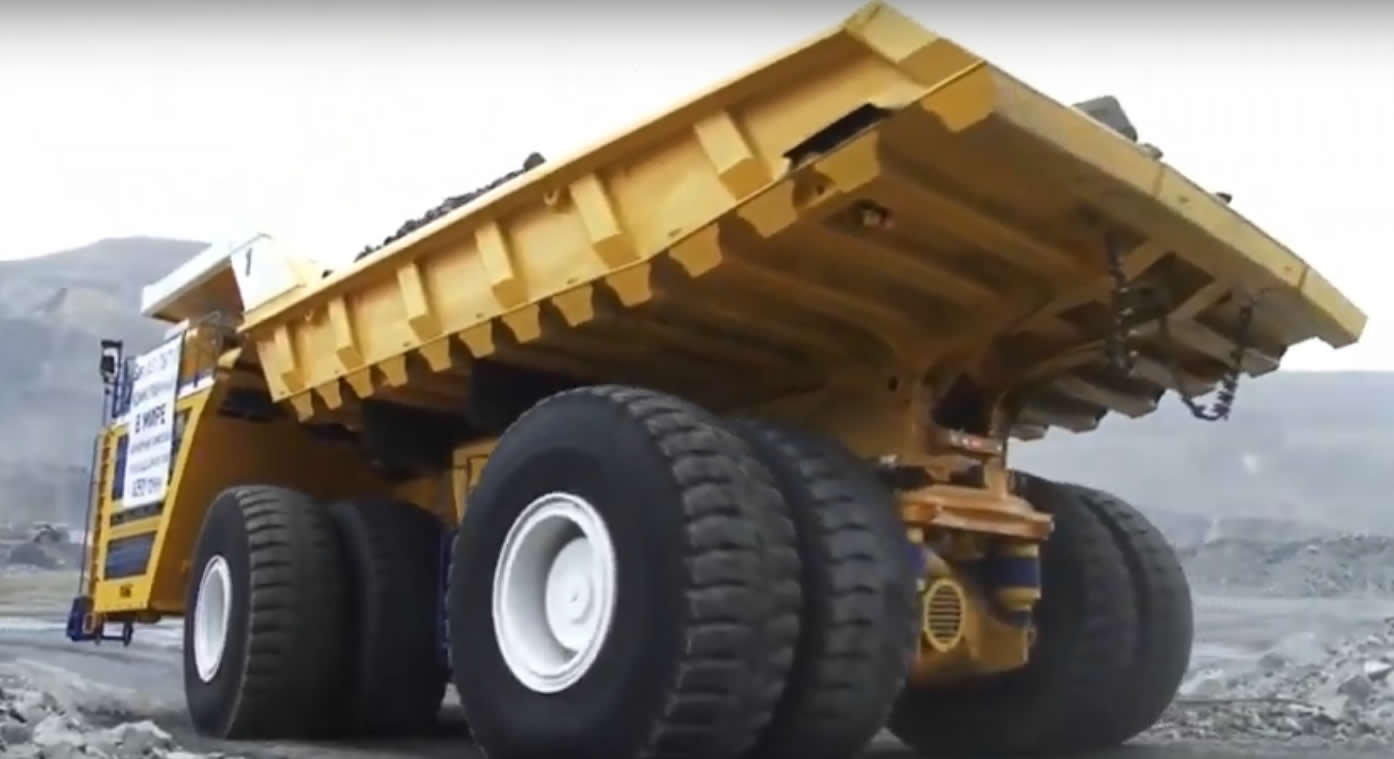 Mining trucks are categorised into classes and as you’d expect, this one belongs to the biggest class, the “ultra class”, which means that this monster mining truck sits on top of the top class. The BelAZ 75710 is manufactured in Belarus and is designed primarily for heavy mining tasks but it can also be used to transport heavy equipment or move materials on large civil engineering projects.

The biggest truck in the world is a “haul truck” fits into a category with a minimum carrying capacity of 272 metric tonnes but it’s actually able to carry far greater loads of up to 450 tonnes. Just the monster truck on its own (unladen) weighs 360 tonnes so the combined weight when it’s fully laden is an astonishing 810 tonnes. Drawing a comparison, that’s the weight of over 400 Land Rover Discoveries.

Despite its enormous size, it can still zip along at 40mph and is powered by not one but two 65 litre, 16 cylinder engines. One of the engines is often switched off to converse fuel when it’s empty.