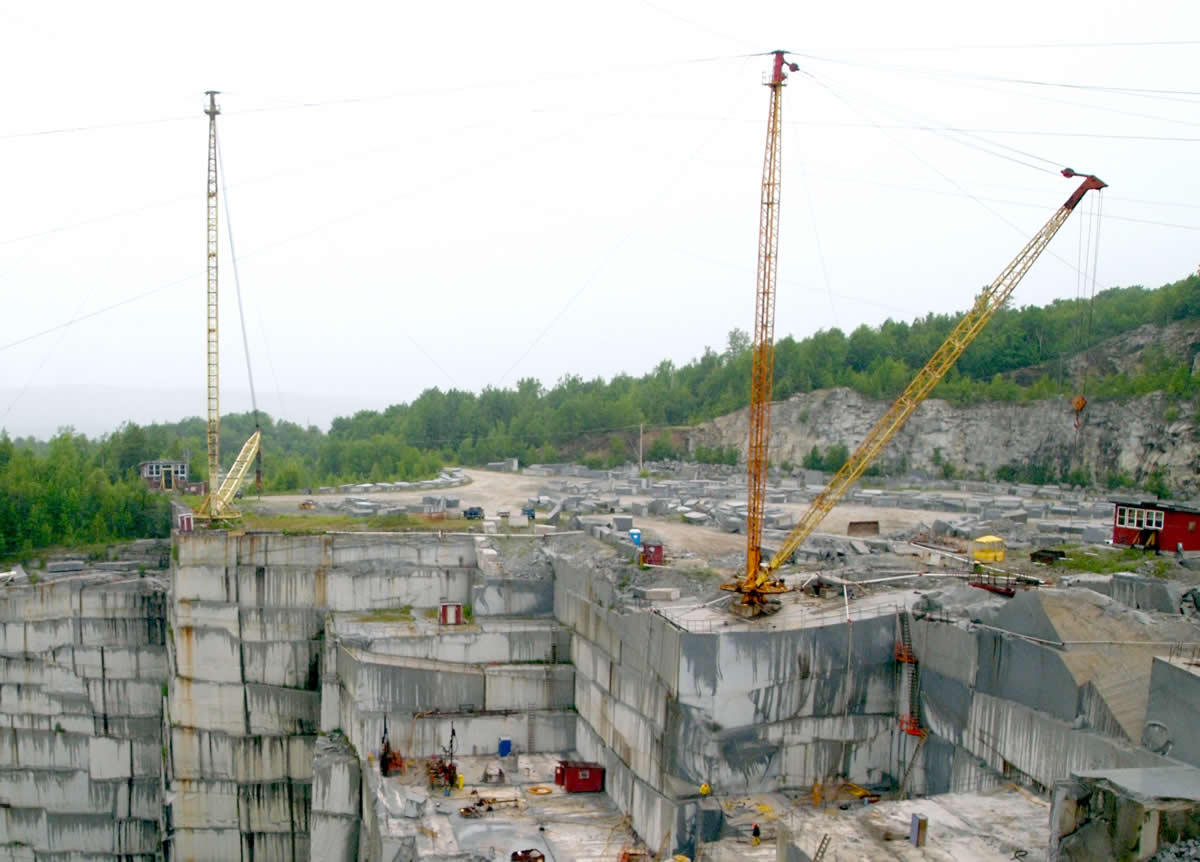 When most people hear the word ‘crane’, they tend to broadly define it as a device that’s able to lift things. While this is of course true, cranes come in a bewildering array of shapes, sizes and functionalities. There are also an equally bewildering number of terms used for the different types of crane types and the parts they’re made of. In order to explore some of the mysterious language you’ll sometimes hear, we’ll today be focusing on one of the words that some people may have heard of, but don’t know what it means – Derrick.

DERRICKS… IN A NUTSHELL

Aside from being a fairly common male name with a few different spellings, a derrick (in the crane world) is a lifting device that typically consists of at least two components with a minimum of one of the masts (called a ‘gin’) being able to move over the load that it will lift. This movement is performed by adjusting the length of the cable(s) attached to it. A derrick can also be something as simple as a self-supporting tower with a moveable arm at the bottom that allows it to perform lifts. If this is all starting to sound a bit confusing and you’d like to see images showing how different types of derricks work, you can head on over to the Wiki page that goes into more detail on the subject.

If you visit the link above, you’ll be able to explore a variety of derricks including the simple ‘A’ frame derrick, basket derrick, breast derrick, Chicago boom derrick, gin pole derrick, guy derrick, shearleg derrick, stiffleg derrick and of course, the well-known oil derrick.

A classic type of derrick used for pumping

You’ll most commonly find different varieties of derricks on building sites, busy ports, docks and ships although you can also find dedicated floating cranes (known as floating derricks) that are specifically designed to lift heavy loads including other boats and equipment for rigs and under-sea piping.

HOW DID THE DERRICK GET ITS NAME?

In short, the derrick gets its name from Thomas Derrick, who was an Elizabethan executioner who had a type of gallows named after him. Unfortunately, although most people now associate the word ‘gallows’ with the imposing structure used to hang people many years ago, a gallows is also a wooden frame with the more benign purpose of lifting or weighing items. In fact, gallows were mainly used as public weighing scales and you’d often see them at markets or tollgates where they performed the task of weighing sacks of grain or minerals prior to sale.

Another little known fact about gallows is that the word was also used to describe a framework on a ship that was used to drop and lift the anchor; hence the terms “weighing the anchor”

The curious case of the derrick’s inception leads us way back in history to the early 1600s. Back then, when hanging was commonplace, it was quite difficult to fill the role of a public executioner due to the simple fact that family members of the deceased would often seek retribution if they discovered the identity of the hangman; this is why you’ll often see the hangman wearing a mask to hide his identity. Because it was a job that few people wanted, hangmen were often coerced into doing the job. Thomas Derrick was no exception; he’d previously been convicted of a serious crime but the Earl of Essex said he would spare Derrick from the death penalty if he agreed to become an executioner. The rest, as they say, is history… and it was a history that led Derrick to perform over 3,000 executions which, bizarrely, included his pardoner, the Earl of Essex, in 1601.

So, since it was Thomas Derrick who invented a replacement for the old-fashioned ‘rope over beam’ method with a beam that now included a topping lift and pulleys to carry out his macabre trade, the name stuck and we’re still using it to this day.

Did you know that cranes were often powered by steam? – Find out more in our Fairbairn Steam Crane blog.
Would you like to know the record weight that’s ever been lifted by a crane? Our world record heavy lifting blog will provide the answer.